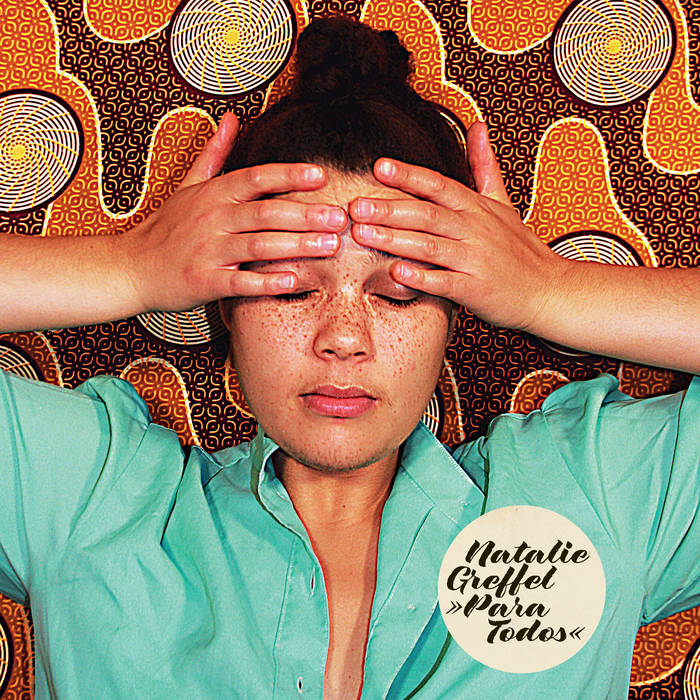 The act of discovering one’s own musical heritage has never sounded more inviting, more transportative, than through the skilled hands and mellifluous voice of prize-winning recording artist, instrumentalist, composer and arranger Natalie Greffel.

Through her close interrogation of identity, this rising Berlin-based talent succeeds in investigating the edges, re-sketching new borders and embracing the many facets of herself, both personally and musically. The disrupted histories of the African diaspora, the ravages of imperialism and the expressionism of a common tongue are all etched into the narrative of Natalie’s stunning debut solo album "Para Todos". The album evokes warmth and unexpected intimacy, newness and familiarity, as it gently deconstructs the paradigm of Brazlian music, reforming it not as a commodity to be sold, but as a recollection of dream-state memories.

Natalie was born in post-colonial Mozambique and raised in Denmark from infancy. After moving to Berlin in 2010 to attend a music conservatory, and while engaged in various projects that exercised her stylistic flexibility, Natalie felt an increasing disillusionment with European Jazz; she instead felt drawn to the Afro-Brazlian music her mother played during childhood, which in turn began to reveal a cultural connectivity between Mozambique and Brazil.

A successful application to an Erasmus programme allowed Natalie to investigate her growing interest further, and she traveled to Brazil in 2016. Over a period of six months she immersed herself in music - accepting invitations to Samba recording sessions, connecting with carnival troupes in Rio de Janeiro, exploring the spiritual songs of the Candomblé religion from less trafficked corners of the country - with the intention to learn and listen. "Para Todos" emerged in the wake of this life-changing experience, which encompassed witnessing the fervour of political impeachment, Anti-Olympics protests and the suppression of womens’ political voices; she also learned of neglected institutions like Museu do Negro (The Black Museum) and the country’s sole archive of the Atlantic Slave Trade, Instituto de Pesquisa e Memoria Pretos Novos (Institute for the Memorial and Research of the New Blacks). "Para Todos" is in essence a journal of learning and growing, a tribute to forgotten stories and untold tales, an act of remembering, and an exercise in connecting fragmented personal histories.

Following her winning performance in a Creole music competition in Berlin, Natalie was introduced to the pianist of Brazilian star Ed Motta; he encouraged her to record a demo. Inspired a new by the harmonic structures of Antonio Carlos Jobim, Hermeto Pascoal, Noel Rosa, Nelson Cavaquinho, Milton Nascimento, Elza Soares, Elis Regina, Gilberto Gil and Chico Buarque - architects of Brazilian music - Natalie began to interpret these blueprints in her own unique lexicon.

“Não Sabia Nem Começar” is infused with the signature accents of Samba and bustling Ambient rhythms of a Rio de Janeiro streetscape, and contrasts against the sparse bass, hi-hats and piano arrangement of “Toquei,” all elements which eventually fall away to leave the gentle everyday sounds of an introspective life. Elsewhere Natalie details interpersonal frustration with an irresistible fusion groove on “Blame,” and turns her attention to the Chico Buarque standard “A Ostra E O Vento,” a beloved tale a girl who falls in love with the wind.

To rerecord her compositions Natalie recruited a new ensemble. She called on musicians who possessed the sensitivity needed for a personal project of this nature and, after only two rehearsals, she allowed each musician the space and time to play freely, to best capture the energy she transmitted. "Para Todos" is not an authentic Brazilian music album, in any sense. Rather it is a personal retelling of shared and imagined histories, and newly-formed kinships, to honour the traditions of the past and carve out a new sense of belonging.

Natalie was born in post-colonial Mozambique and raised in Denmark from infancy. After moving to Berlin in 2010 to attend a music conservatory, and while engaged in various projects that exercised her stylistic flexibility, Natalie felt drawn to the Afro-Brazlian music her mother played during childhood, which began to reveal a cultural connectivity between Mozambique and Brazil. ... more

Bandcamp Daily  your guide to the world of Bandcamp

Featuring Oakland sounds from the Smart Bomb collective and Samplelov.